FRASER, Mich. – Brent Wolf is a player that simply wants to keep developing his game on the ice.

He’ll get that chance next season with the Metro Jets after recently signing with the USPHL club.

A 2020 graduate of Howell High School where he played on the Highlanders’ varsity team the past three years, Wolf can play both center or the wing.

“A big part of me signing with the Jets was because of (assistant coach) Randy Wilson,” Wolf said. “He has skated with Howell hockey and has helped me and the team out a lot over the past few years. We’ve spent some time talking about the Jets and what a great opportunity it would be for me.

“The thing about the Jets is that they are a team that focuses on the process and working on getting better, stronger and taking it to the next level, and that means a lot to me. I have had a few friends that have signed and played with the Jets and have loved this experience.”

Wilson said he’s been tracking Wolf’s progress the past couple seasons and is convinced he’ll be an impact player for the Jets.

“I first saw Brent play in in 2018 and was impressed with his skill set,” said Wilson. “Shortly thereafter, I was introduced to him through his coach Rocky Johnson and was impressed with his demeanor. I continued to monitor Brent as a player and really focused on his play this year. Several times this past season, I had the pleasure to meet with him after games and find out that he definitely wanted to pursue junior hockey with the long-term goal to play college hockey.

“Witnessing him in both games and practices, I made the decision that he would be an excellent fit for our Metro Jets program. With a very good fundamental skill set and the coaching expertise that ‘Q’ (Jets coach-GM Justin Quenneville), (associate head coach) Jamie (Lovell) and (assistant coach) Dan (Pszenyczny) can provide, I have no doubt that Brent will flourish in his development.”

Quenneville can’t wait to get Wolf into Jets colors.

“We are excited about Brent signing,” he said. “He is eager to come here and develop and we look forward to working with him. Rocky Johnson is a friend of the program and has done a great job with his players at Howell.”

As a senior at Howell in 2019-20, Wolf collected 10 goals and 26 points as the Highlanders advanced to the state tournament before the COVID-19 crisis canceled the event in mid-March.

“I feel I can bring to this team a player who does all the little things, like winning faceoffs, winning corner battles, things like that,” Wolf said. “I am unselfish with the puck, always hustling, as well as producing points. I feel I am a skilled player who creates plays and opportunities for us to win.”

Down the line, Wolf has simple goals in mind as he continues his hockey journey.

“Short-term goals of mine would be to improve my game so that I can become the best player I can be,” said Wolf. “My long-term goals would be to win a championship with the Jets and to play college hockey.” 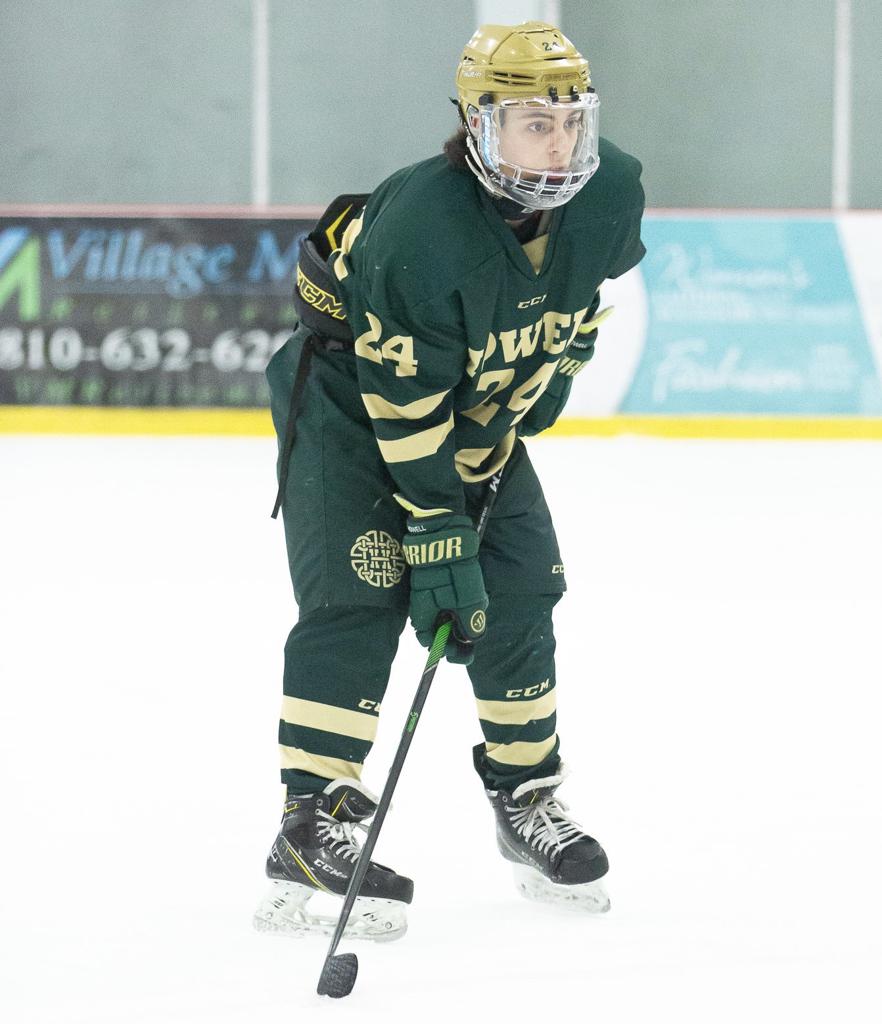