He’s banking on joining that long and distinguished list of Jets players after this upcoming season, citing that as the major reason why he has re-signed for the 2020-21 campaign.

“As a player, I decided NCAA Division III college hockey was the best fit for me and Metro has, in my opinion, the best atmosphere and the right tools and guidance to help me get to where I need to be in preparation for my future,” said Ceccarini, an 18-year-old forward from Miller Place, N.Y. (on Long Island). “The Metro Jets give you all the tools you need to become the best hockey player you can be.

“It’s the best program that focuses on your goals as a player along with your future. Metro has the guidance from coaching that is like no other. The coaches and staff are willing to give as much effort into you as you are willing to put in to get better.”

Ceccarini is entering his third year in Fraser. He posted nine goals and 22 points in 43 games during the 2018-19 season and then doubled that output this past season with 21 goals and 44 points in 43 contests.

Jets coach-GM Justin Quenneville has seen Ceccarini put in the effort, which has resulted in greater production on the ice. He’s anxious to see what Ceccarini can do with a longer-than-normal offseason this year due to the COVID-19 crisis.

“Having Nick back this year is a big deal,” Quenneville said. “He noticeably improved his game in several areas and his output was direct reflection of it. He never let his smaller size get in the way of his opportunities. Whether it was signing an NCDC contract last offseason or getting called up to for a couple games, he continues to show that not only can he play at the higher levels but contribute in a myriad of ways. He plays hard on both sides of the puck, has great vision offensively, and creates options for his teammates all over the ice. Those are just some of the reasons so many players want to be his linemate.

“For our staff, he is a coach’s dream. He wants to be at the rink to work on his game, he wants to be pushed to get better, he handles adversity head on, and his attitude is infectious around the players. It’s a no-brainer that he will be one of our core leaders this year, and we couldn’t be more excited to continue to help generate college interest for a player that several programs already want.”

Ceccarini is ready to take what he has learned over the past two years and have a breakout season.

“My first two years at Metro, I felt I most improved on being a two-end player and a team player,” added Ceccarini. “I picked up new habits on the ice and dropped old ones while tweaking my game in the smaller areas that have definitely benefited the outcome of the player I am now.

“This season, I plan on focusing on getting physically stronger to prepare for college hockey and sharpen some skills that will pay off in the long run. I know with Metro’s background with colleges, as long as I keep my eye on the prize, I’ll be able to stick with it and bring out the best in me.”

His rookie season, the Jets played in the national championship game. This past season, Metro was in a position to make another run at nationals, but the COVID-19 outbreak wiped out those plans after just one game in Boston.

“With this past season being cut short, I’ve felt like that ring was in our hands and taken away from us so fast,” Ceccarini said. “I feel like myself, along with many other players, still feel like we deserved winning the national championship. This feeling gives off more determination towards making it to this upcoming year’s nationals and taking a ring home.”

And even with the lockdown in play in New York, Ceccarini isn’t taking the lazy approach when it comes to his hockey career.

“I’ve been focusing on staying in shape by doing workouts in my basement and running, along with eating the right foods,” said Ceccarini. “This summer, my goal is to get bigger and stronger on and off the ice to help prepare me for next season and for college." 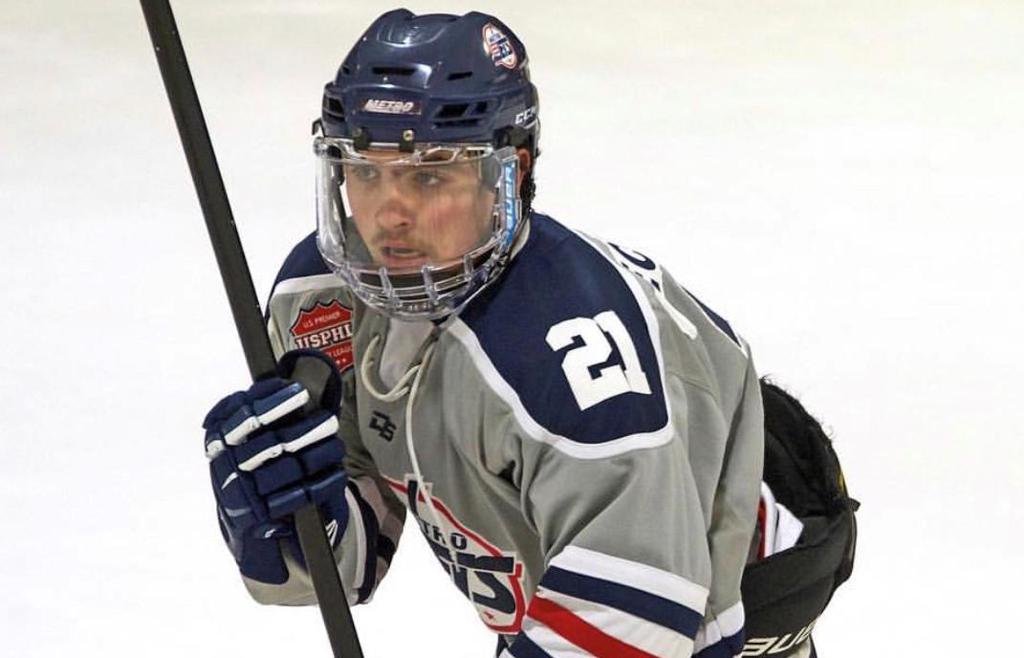