FRASER, Mich. – Garrett Johnson was about to hang up the skates last fall after getting cut from a Tier II team.

After a round of golf and a phone call to Metro Jets coach-GM Justin Quenneville, he wound up skating on the back end with the Jets for his final season of junior hockey eligibility.

This week, the 1999 birth year from Grand Blanc, Mich., committed to play NCAA Division III hockey for Aurora University, an NCHA school located in Aurora, Ill., and joins the growing list of NCAA commitments from the Jets’ 2019-20 team.

He will be joining former Metro defenseman and rising Aurora senior Jason Recchia (2015-17) with the Spartans.

“After being released from Shreveport in September, I spent a few weeks at home putting consideration towards hanging up the skates and enrolling in college,” Johnson said. “One day while I was golfing with (future Jets teammate) Cam Conover, he kept telling me to give ‘Q’ a call, so I did. He brought me in and helped me keep my love for the game going and I'm grateful for that.”

During this past season, Johnson compiled four goals and 18 points in 37 games after spending the 2018-19 season playing juniors in Canada.

“I had a lot of fun this year – we had a great group,” said Johnson. “This year, I got a better understanding of how I can best make an impact on the ice by using my size and reach to get in the other team’s way. It didn't end how I would have liked, but I had an unforgettable experience regardless.”

Quenneville said he is certainly pleased with how Johnson was able to round out his game this season to garner serious college offers.

“’Johnny’ was in a tough place at the beginning of the season,” said Quenneville. “After not getting any college attention in Canada last year and getting cut from the NAHL, he needed to be in an environment to get him back to his passion. Our staff focused on helping him build better habits. He likes to play physical and an aggressive style, but he needed to develop his strengths. Johnny is a tough player to play against and defends really well all over the ice. He had several college offers here and I am happy he chose Aurora. ‘Bloomy’ (Aurora head coach Jason Bloomingburg) has done a great job with that program and they will be getting a hungry player in Johnny."

“We saw Johnny mature over the course of the season,” added Jets associate head coach Jamie Lovell. “He started to understand how to be successful as defenseman. He plays a simple game, makes a good first pass, uses his body well, and has a reach that makes it hard on opponents. Aurora will be very happy."

Johnson noted that over the course of the season, he knew Aurora was one of the top schools that was recruiting him.

“I first met Coach Bloomingburg at Shreveport's main camp last summer,” said Johnson. “It turns out he and Q knew each other from playing pro so when I ended up at Metro, we stayed in contact.

“I'm hoping to make an impact at Aurora by being disruptive to the opposition’s offense and off the ice by being the best teammate I can be.”

In the classroom, Johnson will be studying marketing.

“I'd like to thank Q and Jamie for their commitment to helping me realize the habits I should be forming for pro hockey and life in general,” Johnson said. “The friends that I've made through the ups and downs up junior hockey made it the experience that it was. Lastly, I want to thank my parents for everything they've done from driving me to practices every day growing up to letting me live 35 hours away in Alberta my first year of juniors.”

With college still a few months away and the COVID-19 crisis keeping things at a standstill, Johnson said he is training as much as he can at home.

“This summer, I'm planning on training at the MAT, and I’m looking forward to seeing all the boys there when all the virus stuff dies down,” said Johnson. “Other than that, just living in the moment.” 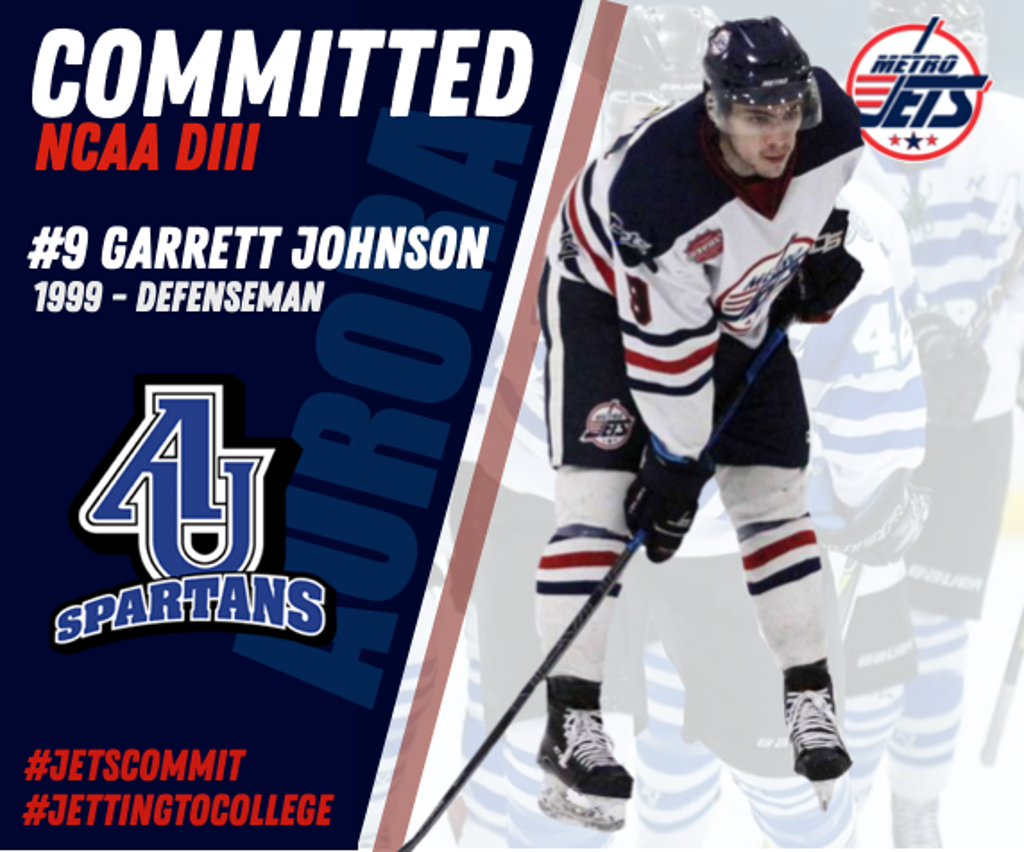