FRASER, Mich. – For the sixth consecutive season, the Metro Jets will play for a junior hockey national championship.

Fresh off a dominant sweep last weekend over the Lake Erie Bighorns, the Jets will make the trek to North Andover, Mass., to partake in the USPHL National Championship Tournament on the campus of Merrimack College.

“These games are all tough and every game is like a Game 7,” said Jets coach-GM Justin Quenneville. “This is a very competitive league and every team is coming into this to win, so we are preparing accordingly.”

During the regular season, the Jets went 36-7-1, finishing first in the Great Lakes Division and earning a first-round playoff bye.

From a player’s perspective, the Jets are confident going into suburban Boston.

“The boys are excited,” Jets forward Cam Conover said. “We’re ready to get there and we know we have a lot of work ahead of us. We’re not satisfied just getting there. It’s time to get back to work.”

The Jets will be in Boston without defenseman Garrett Johnson, who broke his femur in a car accident last Saturday night after the game. He is recovering after surgery, however, and will be able to play college hockey next season.

All games at USPHL Nationals will be streamed on www.HockeyTV.com with live updates on the USPHL app. 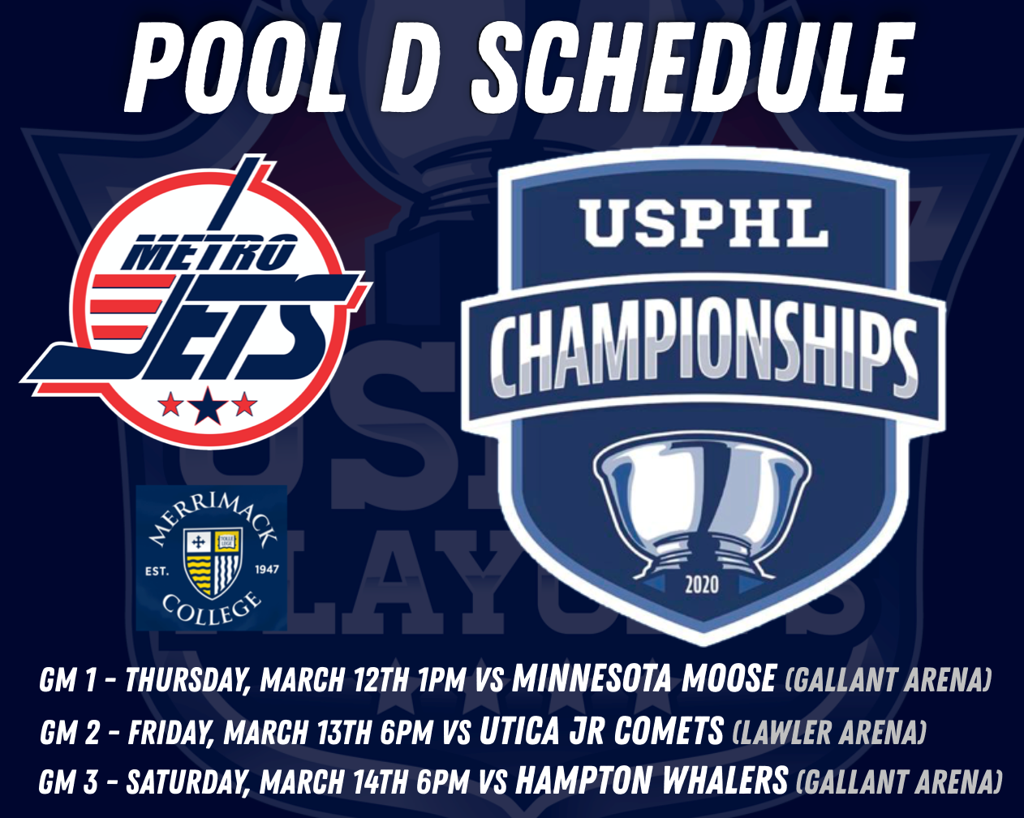