Jets, MJDP both 'reload and focus,' start next round of USPHL playoffs Friday

FRASER, Mich. – The Metro Jets and MJDP each have a shot this weekend to head to USPHL Nationals next week in Boston.

Only the Lake Erie Bighorns and Decatur Blaze stand in their way.

The Jets host the Bighorns at Fraser Hockeyland and the MJDP heads on the road to play the Blaze.

Both series are best-of-three and run Friday through Sunday.

“I think we just have to play our game,” said Jets forward Anthony Cinato. “It doesn’t matter what we did in the regular season against Lake Erie, but if we play our game, we’ll get the result we want.”

The Jets won all four meetings with Lake Erie during the regular season.

“I expect them to come out quick like they have all season, but I think the boys are ready in this locker room for playoff hockey,” said Cinato.

“We just have to keep our heads straight and focus on each shift,” added Metro captain Brodie Thornton. “I expect them to come out with confidence especially from a playoff win (last weekend over Lansing).”

Jets coach-GM Justin Quenneville knows what is at stake this weekend.

“All our players have a unique opportunity in front of them,” Quenneville said. “Many of our guys know what it’s like to get an opportunity to play at nationals, but our young guys have really impressed us of late with their approach heading into playoffs and after the first round. Everybody wants to keep playing and it was evident this week at practice. Regardless of this year’s success, now we reload and focus on our goal.”

The MJDP swept the Midwest Blackbirds last weekend on home ice and now play the Blaze, a team that took three of four games from the MJDP during the regular season.

“It’s a tough building to play in (Decatur Civic Center) and they’ve got a really good top line,” said Jets associate head coach Jamie Lovell. “If we can do a job on that line and get our other guys to get pucks deep, get pucks on net, I really think this team is doing a much better job in the playoffs right now.

“I’m excited for this group.”

“We’re just taking these games like any other games and we want to get some payback,” said Dreher. “They beat us two games the last time at their place, so we’re really looking forward to these games.”

“In season, they got the best of us,” added Jets forward Mitch Forton. “We’re right there with them every game and they’re tough games, chippy, physical and fast. We’re going there with our nose down, ready to grind.”

The Jets’ games with Lake Erie are Friday at 4 p.m., Saturday at noon, and Sunday (if necessary) at noon. 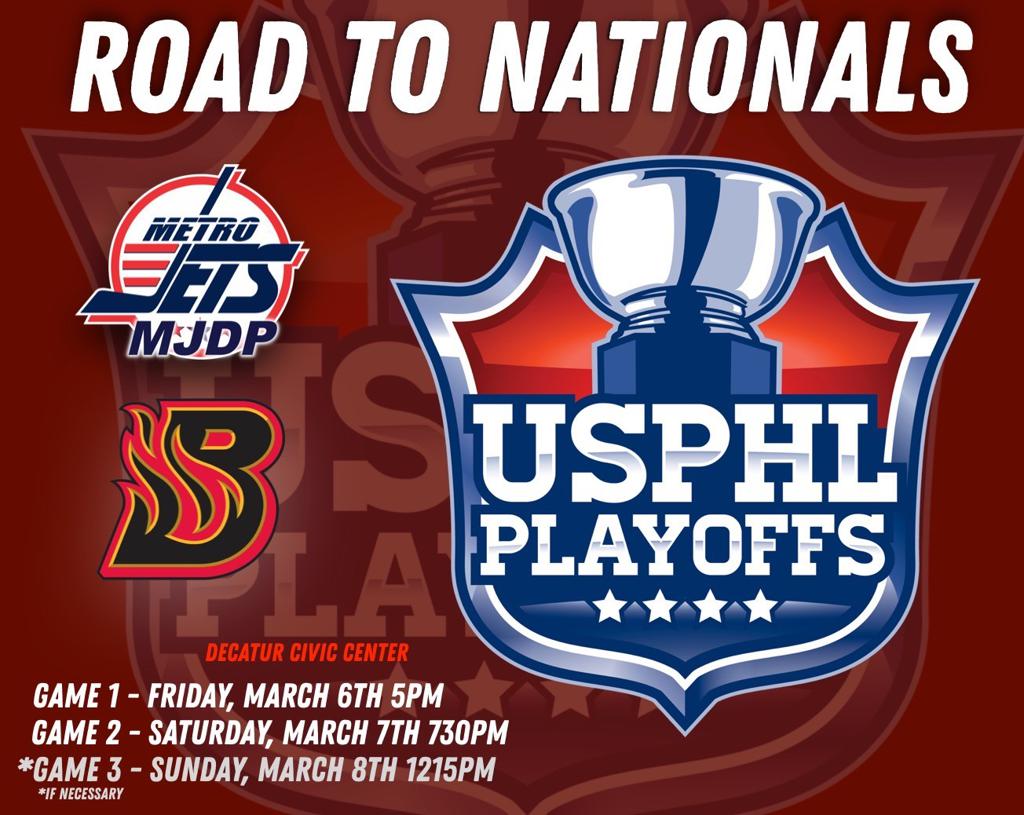 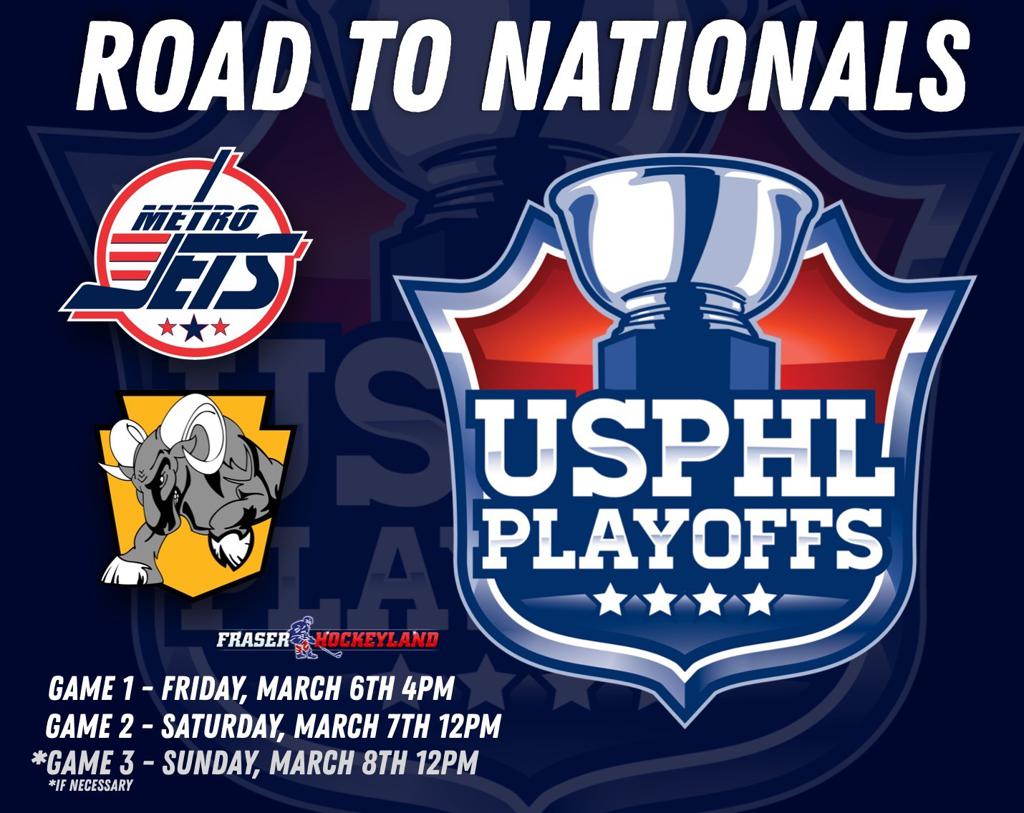