He also had stints in the NAHL with the Aston Rebels and Kenai River Brown Bears.

A Lapeer, Mich., native, Drinkard led Lawrence in scoring with 12 goals and eight assists for 20 points this past season.

"It's a really exciting opportunity to get a chance to play at the next level," Drinkard said. "I couldn't have done it if it weren't for my coaches and teammates here at Lawrence pushing me every day."

For his career, Drinkard played in 89 games and finished with 26 goals and 26 assists for 52 points.

"Jake is one of the most consistent players we have had over the past 14 years," Vikings coach Mike Szkodzinski said. "He competes in every situation, is heavy over the puck and seems to be in the right place all of the time. Jake has the potential to play professionally for a long time if he chooses to do so."

Drinkard, the fifth Lawrence player to compete in the SPHL, is an economics major and a member of the Academic All-NCHA team. 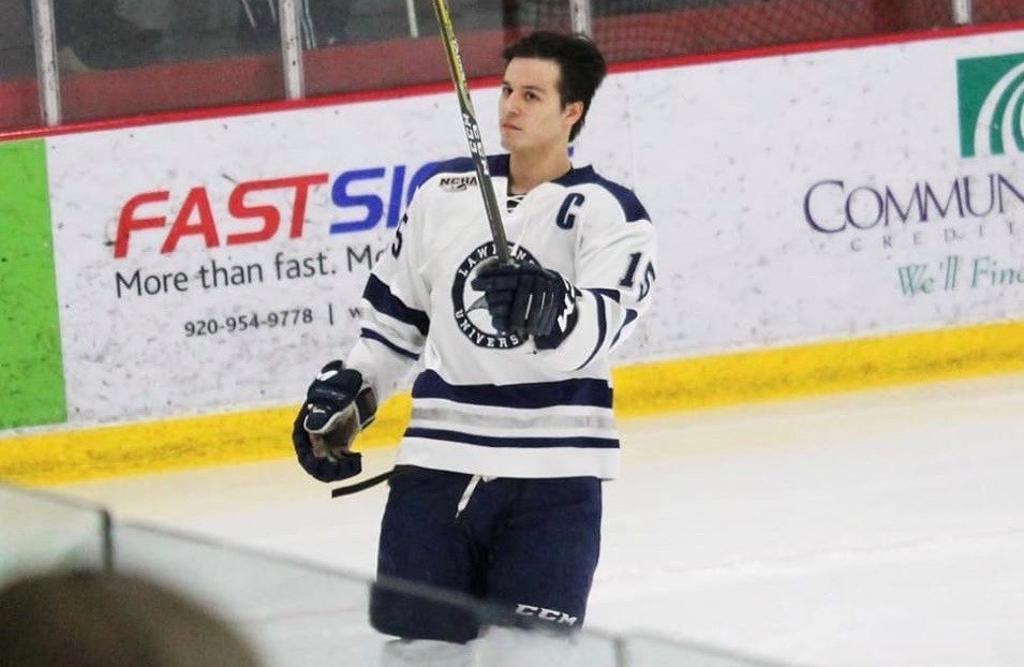