FRASER, Mich. – The Metro Jets captured their sixth straight division championship with a resounding 11-2 win over the Columbus Mavericks Saturday night at Fraser Hockeyland to close out the 2019-20 regular season.

The Jets wrap the season 36-7-1, four points ahead of second-place Pittsburgh.

Playoff scenarios for the postseason are still being determined for both the Jets and MJDP.

“Glad our guys showed up to play tonight,” said Jets coach-GM Justin Quenneville. “It wasn’t pretty at times, but knowing the game had no implications can be difficult to get up for. We moved the puck really well and for the most part, managed our decision making throughout. Credit to their goalie (Hayden Hoover) for making some big saves, but we will chalk this one up as a win and move right on to playoffs now.”

Anthony Cinato scored three goals, including one on a penalty shot, and added two assists for the Jets to become the organization’s all-time scoring leader and goal scoring leader. Alec Lindecker also potted a hat trick and tacked on an assist to go along with a goal and two assists each from Matt Bleim and Trevor Granzow.

Jets captain Brodie Thornton and Zachary Rais each registered a goal and an assist and Garrett Johnson also scored to back 11 saves from goalies Machus Turner and Karl Ullmann.

Nolan Turi chipped in three assists and Justin Renzi and Jesper Svadang added a pair of helpers each.

For Columbus, Colby Slate and Jordan Winrod scored and Hoover made 61 saves.

Later Saturday night at The Summit Sports and Ice Complex in Dimondale, the MJDP doubled up the Lansing Wolves 4-2 to close out their regular season.

Mitchell Hoon scored two goals, while Patrick Hays and Bradley Scott tallied one each in the win.

“It was a complete game played by everyone on the team, and the score might look tighter than the game actually was,” said Jets assistant coach Dan Pszenyczny. “We controlled the game for all three periods and came up with the result we wanted and needed.

“The guys left it all on the ice, blocking shots, taking hits to make plays and playing 60 minutes of hockey. It was a great game to finish the regular season and it’s good momentum rolling into playoffs next weekend.”

For Lansing, Carter Stensland and Dakota Hitt scored, while Andrew Kelly stopped 42 shots in suffering the defeat in goal.

The MJDP finishes 22-20-2, good for third place in the USPHL Premier Midwest East behind first-place Chicago and second-place Decatur. 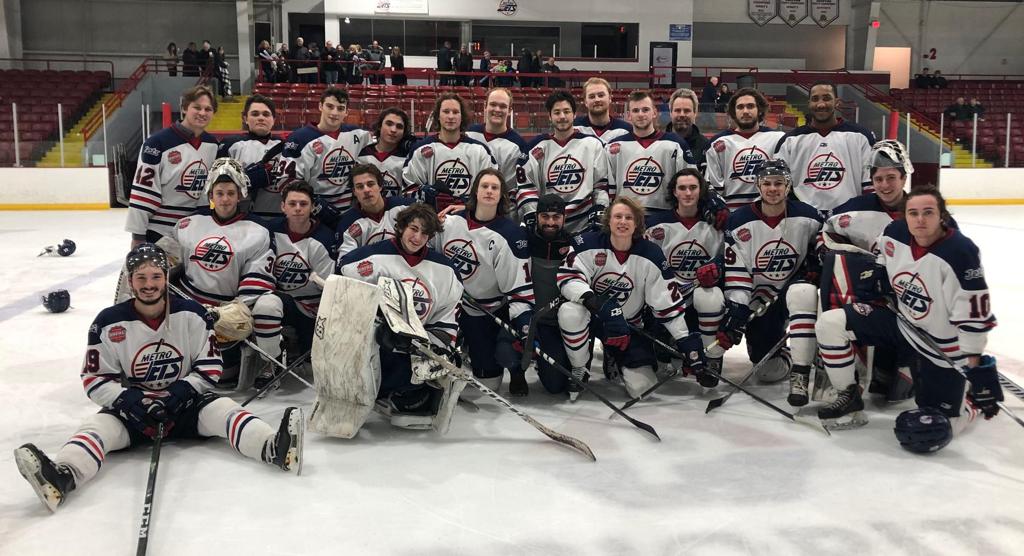