FRASER, Mich. – The Metro Jets and MJDP played back-to-back double headers Saturday and Sunday at Fraser Hockeyland, with the Jets sweeping the Pittsburgh Vengeance to take over first place in the USPHL Great Lakes Division with one week to play in the regular season.

The Jets took a 4-2 win Saturday night and then a 5-2 victory Sunday afternoon.

“We’ve been playing really well the last 3-4 weeks,” said Jets associate head coach Jamie Lovell. “I feel like we were relentless on the forecheck this weekend and put a lot of pressure on their ‘D.’ We got pucks to the net and got rewarded for it. It was a great weekend and I’m happy for our guys solidifying their spot in the division.”

In Saturday’s win, Alec Lindecker and Anthony Cinato each posted a goal and an assist, Josh German and Nick Ceccarini added one apiece, and Will Augustine finished with 20 saves in goal.

“The boys battled hard and we came out hot right away,” said Lindecker. “We were banging bodies, getting pucks deep, just doing things right.”

Then Sunday, Justin Renzi went for a goal and three assists, Ceccarini added two more goals, and Machus Turner turned aside 25 shots between the pipes.

Justin Song and Devon Fields also scored, and Conner Graham chipped in a pair of assists.

“It was awesome seeing the guys go so hard and we knew it would be a playoff environment,” Jets forward Trevor Granzow said. “We were ready to go.”

The Jets wrap up the regular season Saturday at home for Kids Day, a 4:30 p.m. start against the Columbus Mavericks.

This past Saturday afternoon, the MJDP suffered a 3-2 loss to the Lansing Wolves.

The MJDP rebounded Sunday morning, as Michael Paul stopped all 22 shots fired his way en route to a 4-0 win over the Detroit Fighting Irish.

“I felt great, and the guys made it easy for me, even when we broke down,” Paul said.

“I was feeling it today,” said Kennedy. “Get pucks to the net and, hopefully, it goes in. All you can hope for.” 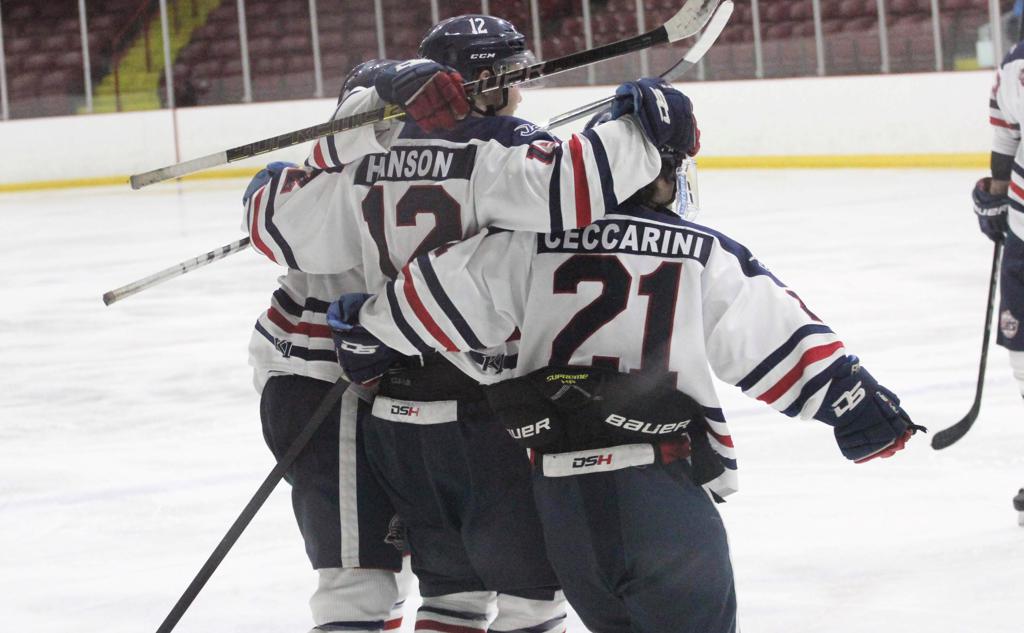