DETROIT – The MJDP offense was out in full force Monday night as the squad blanked the Motor City Hockey Club 10-0 at Jack Adams Arena.

Kris Eberly stopped all 14 shots he faced between the pipes as the MJDP outshot Motor City 58-14.

“The guys played a strong game,” Jets assistant coach Dan Pszenyczny said. “We got into a little bit of penalty trouble early, but the guys did a great job limiting scoring opportunities and killing off the penalties.

“After that the team regrouped, stayed out of the penalty box, and started to control the puck and play of the game.”

Derek Dreher, Nick McDougall and John Taylor all had a goal and two assists, Mitchell Hoon a goal and three assists, and Garrett Benoit and Brennan Zatelli each tallied two goals and an assist.

“Everything was going right for us,” Taylor said. “Our passing was on point, our shots were getting through, and mainly we were playing like it was playoff hockey. Points are the biggest thing right now. We need every single one to try and get home-ice advantage for playoffs.

“It’s playoff hockey from here on out. No game is taken any other way.”

Mitch Forton and Logan Davis added goals for the MJDP.

This weekend, the MJDP travels to Dyer, Ind., for two games with the Midwest Blackbirds. Game times are 7:50 p.m. Eastern Friday night and 8:15 p.m. Saturday night from the Midwest Ice and Training Center.

All games will be streamed on www.HockeyTV.com with live updates available on the USPHL app. 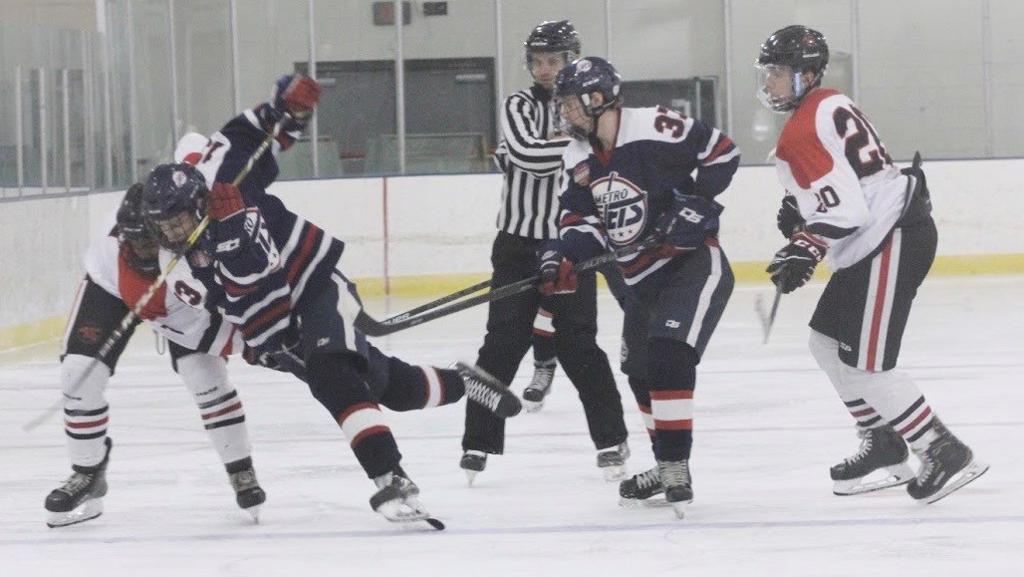