ERIE, Pa. – The Metro Jets completed a weekend sweep of the Lake Erie Bighorns with a 7-1 win Saturday night at the Mercyhurst Ice Center.

Nick Ceccarini scored a pair of goals, Nolan Turi added a goal and three assists and Jets captain Brodie Thornton went for a goal and two assists in the victory.

“We expected them to push hard early, but after giving up the first goal, we didn’t give up a shot for the rest of the period,” said Jets associate head coach Jamie Lovell. “We really managed the puck well in their zone and put a lot of good quality shots to the net. The second period was fun to watch. As a coach, I really didn’t have to do much to manage the game. We were rolling and playing with confidence.

“Overall great weekend for this group.”

Anthony Cinato, Conner Graham and Justin Renzi all had a goal and an assist, Jesper Svadang and Garrett Johnson two assists each and Machus Turner finished with 16 saves in goal as the Jets outshot the Bighorns 66-17.

“Tonight, we played more our style of play,” Turi said. “We were harder in battles and on the forecheck. Our defense did a great job of looking for sticks and getting the puck on net. Honestly, the points just come whenever they are bound to come. Now is the time of year where teams are playing their best and it feels good to contribute to a hard-earned win.

“Our game plan moving forward is to follow up from these two wins, and just keep playing like we did and don’t let off the throttle.”

The Jets next play two in Toledo against the Cherokee, next Friday and Saturday night at 7 p.m. from the Team Toledo Ice House.

All games will be streamed on www.HockeyTV.com. 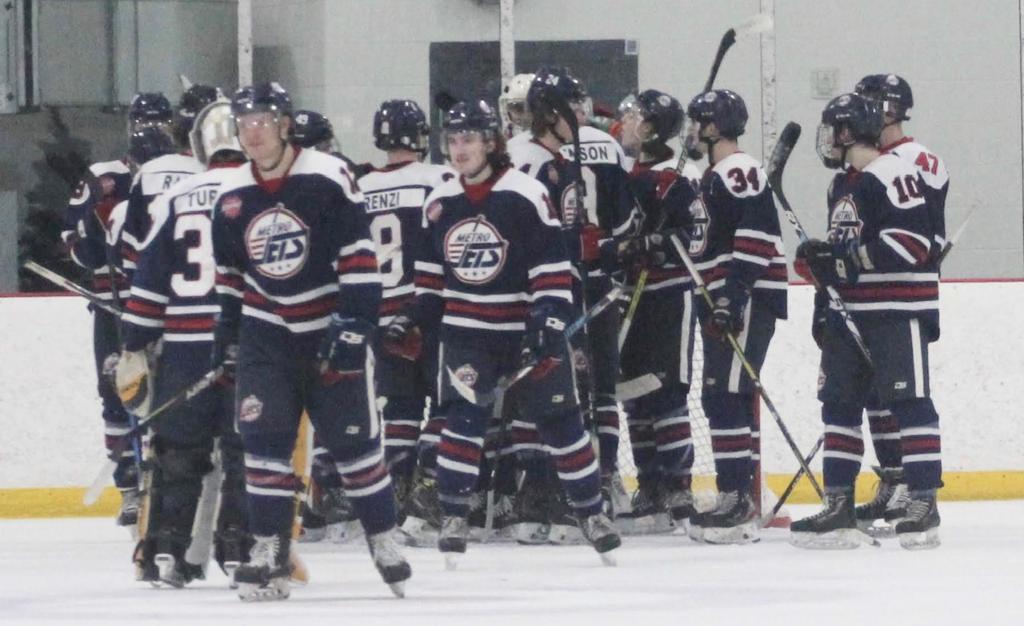