FRASER, Mich. – The Metro Jets erupted for five goals in the third period and defeated the Lansing Wolves 7-1 Sunday night at Fraser Hockeyland.

Seven different players scored in the game, with Jets captain Brodie Thornton and Justin Renzi posting a goal and two assists apiece, and Matt Cruz, Conner Graham, Matt Bleim and newcomer Devon Fields adding a goal and an assist each.

Graham’s short-handed goal at 14:30 of the second period stood as the game-winner.

Fields, a 20-year-old defenseman and Detroit native, made his Jets debut in the game.

“It felt really good and I was really happy to be back on the ice and that these guys welcomed me in with open arms,” Fields said. “(On his goal), Renzi kind of looked at me when we went out there and said, ‘Yeah, I think I’ll win this (faceoff) for you.’ I said, ‘OK, just let me rip it’ and it worked out perfectly.”

Lansing goalie Isaac Hyde made 50 saves in suffering the defeat.

“The game was definitely tight for a bit there and guys were getting frustrated,” said Jets coach-GM Justin Quenneville. “We thought we were being gypped on a couple of the calls, but we fought through it and credit to Machus, who did his job on some of the breakdowns to keep it 1-0 and then 2-0.

“And then it opened up, and they couldn’t sustain pressure. Our guys did a good job sticking with it, finally bearing down on their chances.”

The Jets next play on the road this weekend against the Lake Erie Bighorns. Game times are set for 6 p.m. Friday and 4 p.m. Saturday.

All games can be streamed on www.HockeyTV.com with live updates on the USPHL app. 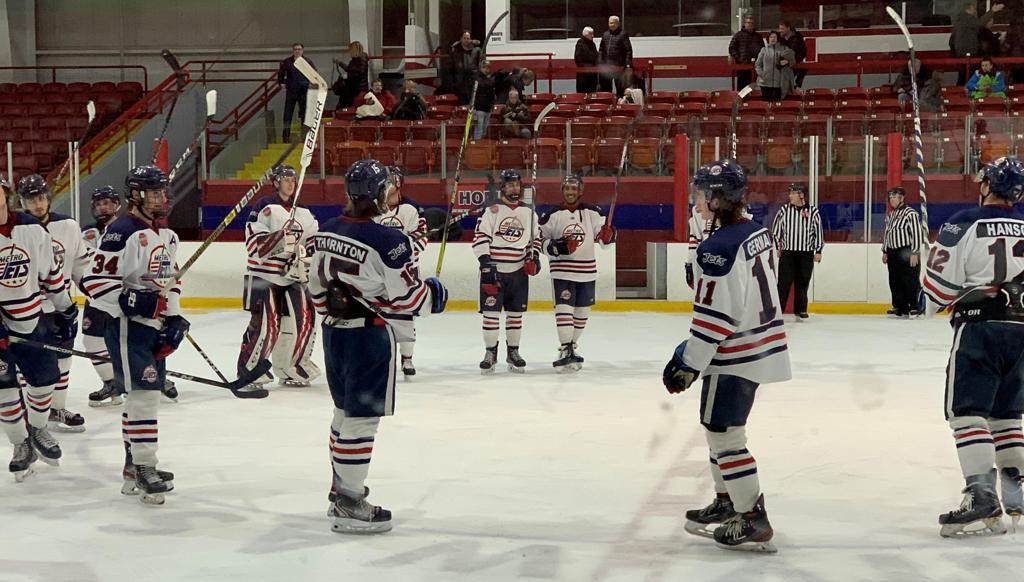