"We’re very excited to have Adam coming on this year to help start the program here at Arcadia,” said Pietrangelo. “His playing and coaching experience will be a huge asset in starting a new team."

Novack’s duties will be helping Pietrangelo recruit for the inaugural season.

“It is pretty wild how small the hockey world is,” said Novack, who played for the Jets from 2007-09, serving as captain his last season. “It seems everywhere you go you run into someone you have played with, against or have connected with through hockey. After hearing Vinnie got the job at Arcadia, I reached out to congratulate him. We got to sharing old stories and things just fell into place.”

A Rochester, Mich., native, the 30-year-old Novack went on to play college hockey at Oakland University and has coached in the junior hockey ranks for the past few years.

“I had a lot of fun playing for the Jets for two years,” Novack said. “The program really helped me grow on and off the ice. The teammates and people I met through my time with the Jets have become great friends and still some of my best hockey stories come from the days with the Jets.”

In his new position, Novack may be seen at Fraser Hockeyland quite regularly.

“I have definitely followed along with the success of the Jets over the years,” said Novack. “It is great to see how far the program has come and that it continues to be successful winning championships and in moving players onto the next level.

“I just wish they still had to walk down the steps like from the old locker room (at Lakeland Arena).”

“It’s great to see more Jets alumni continue to find success in the hockey world,” added Jets coach-GM Justin Quenneville. “This program has rich history and a big family. Not only are they finding success on the ice, but to see them transition into the coaching side is impressive. We look forward to continuing to build our relationships in the junior and college worlds. Just last week prior to our showcase in Chicago, we had numerous Jets alumni currently playing NAHL, NCDC and NCAA hockey all excited to get back on the ice with our guys during break.

“That’s what this is about." 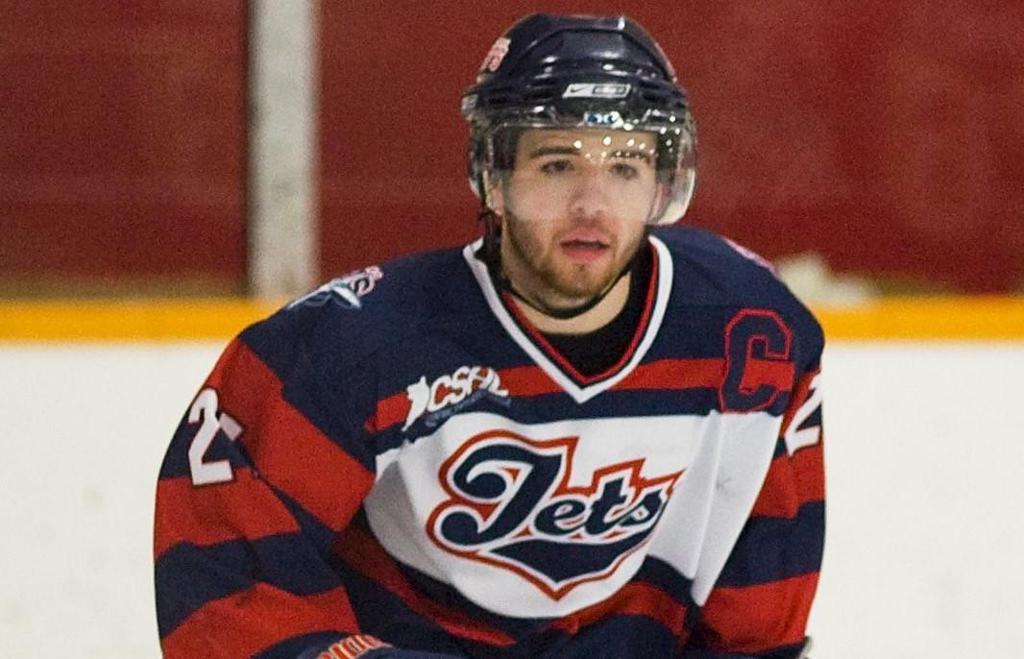