FRASER, Mich. – After nearly 20 college commitments for the Metro Jets last season, the esteemed program has its first for the 2019-20 season as second-year defenseman Justin Song has decided on NCAA Division III Arcadia University.

Arcadia is starting up a brand-new program that will first hit the ice for the 2021-22 season. The Knights will skate in the United Collegiate Hockey Conference.

A top-ranked private university located outside of Philadelphia, Arcadia offers bachelor’s, master’s and doctoral degrees, in addition to a highly-ranked study abroad program.

Song is the school’s first hockey commitment for Knights head coach Vincent Pietrangelo, who, ironically enough, played for the Jets during the 2009-10 season after being the club’s top draft pick in 2009.

“The opportunity to commit came up over a few months of talking with Coach Pietrangelo,” said Song, a 19-year-old Farmington Hills native. “Then finally when we had an off week, I got the chance to visit the campus and I loved it. Afterwards, coach offered me, and I accepted.

“The most appealing part of Arcadia is the school itself. The campus is beautiful. The academics are top notch and the teacher-to-student ratio is low, just like my alma mater Cranbrook. It’s going to be really awesome playing for Coach Pietrangelo. He’s very knowledgeable of the game and has an impressive coaching career coaching at Ferris State and SUNY Canton, not to mention he’s a Metro alum.”

Song said he’ll be going into Pre-Med and will be majoring in Biology at Arcadia.

On the ice, the Knights are looking to build a solid roster for the inaugural season.

"Every time Justin touches the puck, something exciting happens," Pietrangelo said. "He has the ability to create from the back end and is a tremendous skater. His offensive production and effectiveness on the power play will be extremely valuable at the collegiate level.

"I am extremely excited to be able to work with Justin and can't wait to see him in a Knights uniform."

Last season, Song recorded seven goals and 15 assists for 22 points in 41 games. He also earned an in-season callup to the NCDC’s Boston Jr. Bruins, seeing action in one game.

This year, Song has tallied six goals and 13 assists for 19 points over 20 games.

For Jets coach-GM Justin Quenneville, he couldn’t be more excited to see Song commit to Arcadia.

“First off, we want to congratulate Justin on his NCAA commitment,” said Quenneville. “He has continued to develop and impressed so many people. Last year, it was an NCDC call-up and this year, it’s an NCAA commitment. Vinnie will be getting a highly-skilled and gifted skater. He continues to grow his game and is committed to his development for another year before reporting in ‘21-22.

“Several of our guys again this year will be deciding on where to commit, and Justin is deserving of this opportunity. It’s clear Arcadia is a great academic university and now looking to be a great NCAA hockey program.”

Song noted that the development platform the Jets provide has been just what he needed to round out his game to be college-ready in time for the fall of 2021.

“The Jets organization has played a big role in this whole process,” said Song. “I can’t thank ‘Q’ and (associate head coach) Jamie Lovell enough. They took me in and helped me develop into a better hockey player as well as a better person off the ice. I’d also like to thank (assistant coaches) Dan Pszenyczny and Randy Wilson for everything they’ve done for me in these last two years.

“I’d also like to thank my family and friends for constantly supporting me through the years, as well as my current and former teammates. I wouldn’t be the person and player I am without them.” 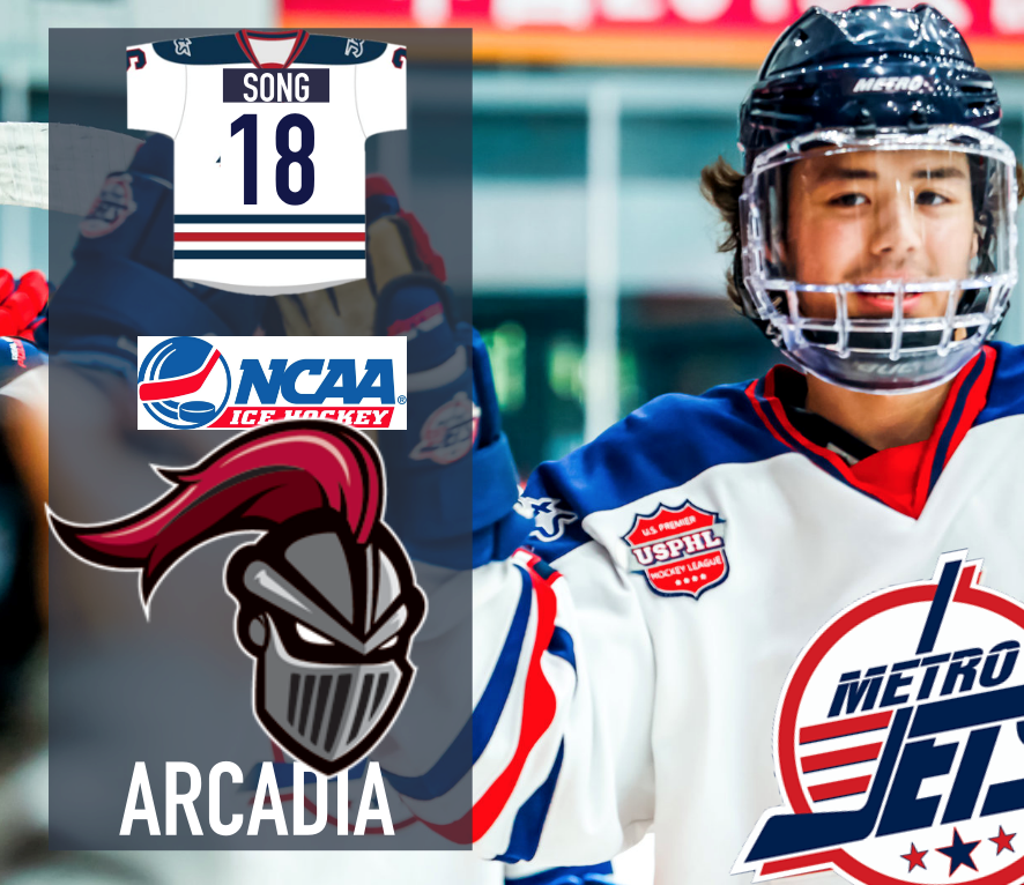