FRASER, Mich. – The college commitments from the 2018-19 season now number an even dozen for the Metro Jets.

With the Wolverines, Limback will join another former Jet in forward Mathieu LaForest, who starts his second season with the 2019-20 season.

“Over the past two years playing with the Jets, I grew fond of two things – living in Metro Detroit and playoff hockey,” said Limback, a 20-year-old Alpena native. “Seeing both of these things line up in Dearborn was something I valued greatly. I had been in talks with Dearborn for quite some time now and once I heard ‘Matty’ loved it there, it was a no-brainer. They have a great program, facility, and atmosphere. I am looking forward to becoming a Wolverine.

“Coming into a new program always brings an adjustment period. My focus early on is to minimize that process and help the team my first day I step on the campus.”

“Rhett is an irreplaceable player,” said Quenneville. “He did so much for this team that did not always show up on the stat sheet. His vision and knowledge of the game made him so valuable in key times. He was a responsible player in all three zones, always looked to make the right play, and was one of the best penalty killers we have had here. He was able to draw a lot of small tools from our program that will continue to provide well for U of M-Dearborn.

“Rhett had several options including some NCAA attention, but in the end, he chose a top program in a familiar environment. We wish Rhett the best of luck and congratulate him on his commitment."

Limback added that going back to the classroom will be part of the challenge next season.

“I'm going to have to try and remember what it's like to be a student-athlete again, but I'm looking forward to getting my future started again in a pursuit of a secondary education degree with a fallback on finances,” Limback said.

During the 2017-18 national championship season for the Jets (where he also drew the primary assist on Jhuwon Davis’ championship-clinching goal), Limback tallied five goals and 30 points in 35 games. This past season, where he also served as an alternate captain for Metro, Limback compiled six goals and 17 points in 28 games.

Over his two seasons in Fraser, Limback was also whistled for just two minor penalties.

“I cannot say enough for what the Metro Jets organization has done for me,” said Limback. “The amount of great people within one hockey community is something that sticks out to me looking back on my time there.

“It's been a long recruiting process, but none of it would be possible without the leadership platform that Metro provides – our owner Pete Cammick, ‘Q,’ (associate head coach) Jamie Lovell and (assistant coach) Randy Wilson. The game-day operations crew was top notch from Mackinder and the boys, Paulie, Kenny, Stu, Doc, to many others. The Thorntons and Recchias were my two housing families at Metro and I will forever be indebted to both of them for making the transition from Alpena to the concrete jungle seamless.”

Limback also thanked more individuals for helping him get to this stage of his career.

“My parents are at the top of the list when it comes to people I'm thankful for, from constantly having to work inside cars, hotel rooms and ice rinks all to let me play a little more hockey,” Limback said. “It was a tough decision to put my schooling on hold, but they made the decision one I don't regret. The list of others that helped me get to this point, especially from my hometown, is one that would never end.”

Leaving Fraser will be tough, but Limback will head to college with many memories as a Jet.

“Obviously, winning a national championship is something worth noting with the Jets, but the guys that made the locker room worth coming to every day is something that holds just as much weight to me. It is, in fact, a great day to be a Jet,” said Limback. 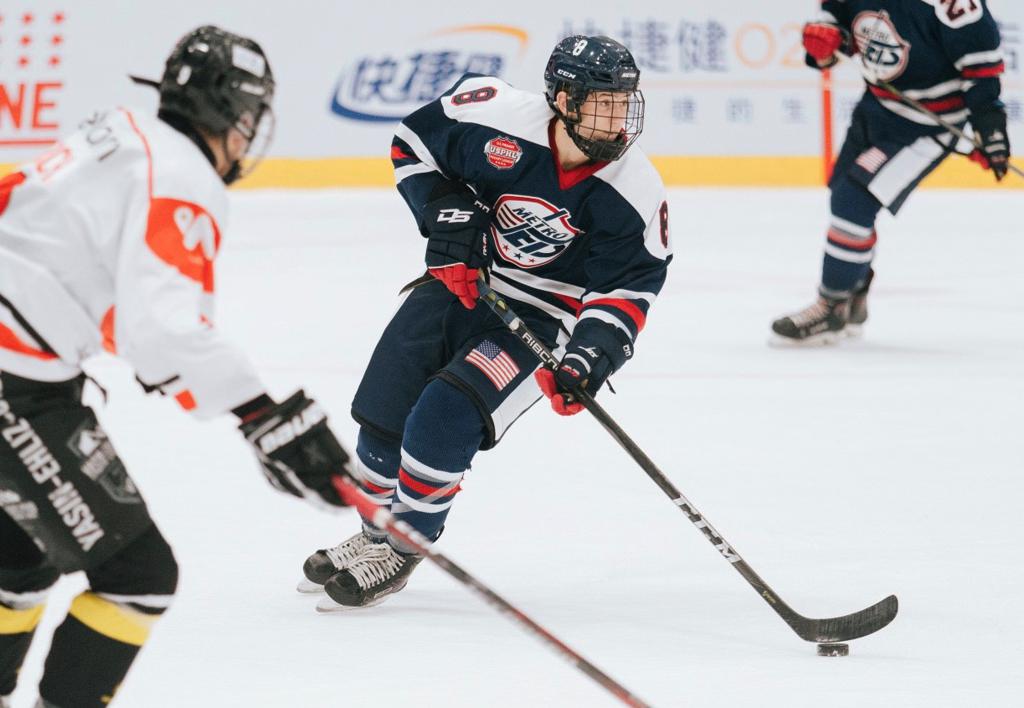